The $10US I donated to GiveSendGo for the Trucker Convoy was frozen, and a refund was never issued.

The City of Hamilton is STILL requiring vaccine verification as a condition of employment, even though the vaccine does not prevent the spread of COVID-19.

Neil Oliver mentions the scapegoating of witches, with no subsequent apology.

During the Black Death (1347-1350) thousands of Jews were massacred for vaccine denialism, or something like that. Some accounts say people also killed thousands of cats, which would have had the opposite of the intended effect, just like lockdowns, social distancing (See here,) and mass vaccination in the middle of a pandemic did. 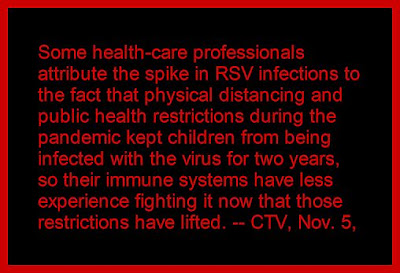 I chose not to get vaccinated. Thankfully, my decision did no serious damage to my relationships with family and friends, though there were a few tense debates. On the other hand, I have heard many tales of the damage this issue inflicted on other families. What a pathetic spectacle.

On the lighter side, here is a recent conversation I had with a telemarketer.