Three "Carers" Exchange "In the Box" Ideas on Homelessness.

A someone who is just one renoviction away from living in a tent, myself, I have great interest in the problem of homelessness in Hamilton. That is why the Kevin Werner Tweet caught my eye.

Ham Mayoral candidate Keanin Loomis says his top priority if elected will be to address the city's homelessness crisis. He supports approving the grassroots groups HATS project, saying it is ready to go, but "the big deal is getting the city's buy-in." #HamOnt

I thought, "What kind of fake solutions are these charlatans proposing today?"

So, I watched the video.

As I expected, there was enough virtue-flatulation to raise the planet's temperature another 30 degrees!

They continue to obtusely blame the virus for the economic devastation endured since spring 2020, when it's patently obvious that, while doing absolutely nothing to "flatten the curve(s)," the government did a splendid job of "flattening the economy."

Nothing was said about federal immigration policy and it's impact on the availability of housing. What impact will one million new immigrants have on the supply of housing in Canada? Crickets.

Nor was there anything about the disastrous hyper-inflation Liberal spending and money printing has caused in Canada, not even while they schmoozed on about food banks. 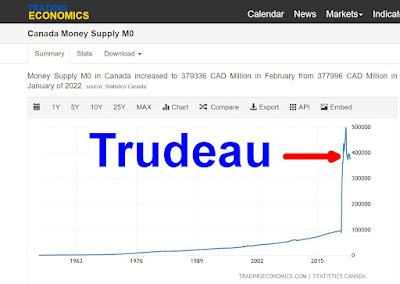 Overall, the conference was long on "caring" and hand-waving, but woefully short on real solutions to the growing housing crisis in Hamilton, and Canada.

I worked on a framing crew during the summers from 1981 to 1983. As I can best remember, we put up one house about every four days. Five houses a month over five months means my blood, sweat, and DNA is embedded in the wood of about seventy-five homes that people are still living in today.

I was employed by a family business that has built thousands of homes over the years. No one can argue that the work they did deviated from a dedication to eliminating homelessness. They are the true social justice warriors, not the three talking heads, sitting sweatless in their comfortable surroundings, seen in the video.

The problem with virtue-signallers is that they are long on talk, and zero on action. None of their propsed "solutions" can be achieved without someone else actually doing the nailing and sawing that will provide housing for the people who need it.

It's quite amazing when you think about it. Canada and the United States are literally teeming with anti-poverty activists.

No, I don't mean that vociferous minority clamouring for handouts from "the rich." I am talking about the millions of individuals who get up every morning.... and go to work. The achievements of these individuals in the never ending war on poverty have been nothing short of astonishing. Yet they are seldom, if ever, publicly recognized for their single minded devotion to this interminable struggle.

In 1993, Canadian anti-poverty activists managed to create over 38 billion dollars
worth of residential housing[1]. They didn't do that by carrying signs and harrasing politicians.

Indeed, while the NDP or Liberals controlled the coercive power of the province of Ontario they did, what could only be interpreted as, their very best to undercut the ability of this province to continue waging it's war on poverty.

While legions of phony do-gooders wring their hands and whine about the lack of adequate shelter and clothing American anti-poverty activists, about a million of them [4], are actually making clothes! American anti-poverty activists battled homelesness in 1990 by producing about 120 billion dollars worth of single and multifamily residential units [5].

While these countless individuals quietly go about their peaceful war on poverty their achievements are seldom recognized or praised. Instead, the purveyors of left wing propaganda, newspapers like the Hamilton Spectator and others, have played into the hands of a multitude of noisy do-nothings calling them anti-poverty activists.

Who will I be voting for in the next election? If there is no libertarian party candidate in my riding I have no alternative but to support the candidate whose party represents the least interference and punishment of true anti-poverty activists.