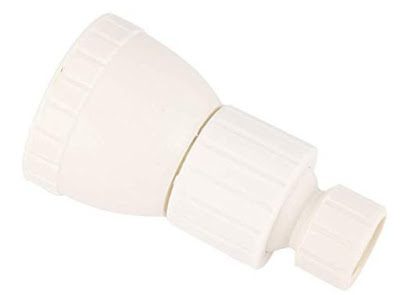 I am always looking for a way to give my middle finger to the government.

Some people would say I am obsessed.

Back in the 1980s in Ontario, prepared meals totaling less than $4.00 were exempt from sales tax. So for years I almost never bought a meal for more than $4.00. The health food franchises I patronized were very helpful at first. You could get a 1/4 lb. combo at McD's for $3.99 and the other restaurants, like Harvey's and Wendy's, had similar deals.

If I wanted to spend a bit more, I would often order the items separately and ask for separate bills.

Inflation finally eliminated most of those combo deals, unfortunately.

Then the "progressives" at Hamilton City Hall prohibited smoking in cabs some time back in the 1990s. Prior to that, the rule was sensible and tolerant. Smoking was by mutual consent. I just ignored that bylaw without consequence for the next twenty years. Sometime around 2014 one of the city's Antifa type Gestapo employees snuck up on me and issued a fine for about $300. I figured that was worth it. $300 worked out to about $15 for each year I ignored the intrusion. I would have happily paid $15 a year for a smoking license anyway if I had to.

So I paid the fine and continued to ignore the mandate until I quit the business.

I don't like to be pushed around by the worms who wriggle their way into political power and then self-righteously tell me how I am to live my life.

95% of what the government does is a net loss to society. The legitimate 5% of what they do, they do poorly, as in protecting people from criminals, or repairing roads. (And these are the same idiots who would have us believe they can control the climate.)

One thing I liked about living in a highrise apartment building was the garbage chute. I found garbage anonymity to be a plus.

The other thing I liked about living in the highrise was the shower. It was great. The pressure was strong and the temperature was consistent. It was pure luxury.

Then the building was sold and the new owners came around and installed these low-flow nozzles that delivered what could be best described as a mist rather than a shower and which, for some reason, caused wild temperature variations from freezing cold to scalding hot.

I sure as fuck didn't put up with that for very long. I started researching solutions to the problem. I got the idea of hacking showerheads from Jeffrey Tucker but within a very short time I purchased a cheap shower head from Canadian Tire and gouged out the flow restricting O-ring. It provided me with a tolerably decent shower for the next ten years.

I even took it with me when I moved and re-installed the fraudulent device in my old unit. Too bad about the new tenants who would be paying about 65% more in rent than I was paying.

Then a short while ago, that trusty old nozzle cracked. I expected it would be harder to find a new hackable shower head by now as manufacturers scramble to appease the Greta Thunburgs of the world by making their products hack-proof.

I reread Tucker's article about shower dissidence and he recommended a perfect solution. It is an easily hackable unit that sells for $1.97 (U.S. I assume.)

I found something that looks identical online so I ordered it, from China, apparently. It cost $1.80 (CDN) plus $5.54 for shipping.

I immediately noticed three things about it when it arrived.

There was no washer or O-ring to extract,

And it was made in the U.S.A. (I guess it's legal to make them in the U.S. and ship them to China. And then back here. Nyuk, nyuk.)

Slightly disappointed at the 2.5 GPM. flow spec since that was mandated in the U.S. in 1992, I installed it anyway and tried it out.

Damned if that was not the BEST FUCKING SHOWER I've had in over a decade!

I thought I might be imagining things so I took a pitcher and a stopwatch and measured the actual flow rate.

It was a staggering 3.6 USG per minute.

I just ordered another one in case this one ever breaks and by then the government has figured out a way to stamp out this brazen act of political dissent.

I don't know anything about this person. She is reputed to be an author.

I tripped across one of her Tweets which had been approvingly re-tweeted by Toronto Star race propagandist, @ShreeParadkar. It said,

"Two authors and I have decided we will not be participating in any events at the Toronto Public Library moving forward if they allow the Meghan Murphy event to take place in their facilities. We would appreciate if you would sign this letter in solidarity."

I am not familiar with Meghan Murphy so I don't have a dog in this fight other than to say that if Meghan Murphy has an opinion then she has every right to express it. If that's just proof of my "white supremacy" then so be it.

Ms. Elliott is obviously another in that growing army of left-wing authoritarians for whom "free speech" is a form of "white supremacy" unless it happens to be something they agree with, and then they are all for it.

People like Alicia Elliott have plainly announced that unless you agree with them they will try to silence you, therefore, I see no particular reason to be nice to them. If they want to silence Meghan Murphy, then they also want to silence me, and you, and anyone else who does not at least pretend that the Alicia Elliott's of the world have a monopoly on truth and wisdom.

By the sound of it

for the rest of your life

especially anything that involves discussion of different opinions

since you obviously can't handle that kind of "trauma"

I guess she couldn't handle that either because she went ahead and blocked me. 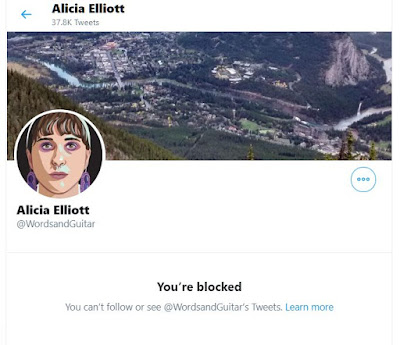 It strikes me as being more than a coincidence that this tendency to censor and block people resonates so beautifully with the saying attributed to Joseph Stalin - "No man? No problem."

And he wasn't just talking about censoring people.

Be forewarned about what our world will look like if people like Alicia Elliott ever get a grip on the kind of power they seek.

After Millions of Requests

I decided to go ahead and make my Handyman's Tale rant into a movie.

Here it is. Don't say I've never done anything for you.