I don't know who this Scottish guy is,

but I love his accent and he is obviously very smart.

The interview with PCR begins after the host's interesting monologue.

In my view, THIS IS REAL NEWS, as opposed to that FUCKING deluge of HORSESHIT we are exposed to from from the (destroy Trump, drive-by, as Sean Hannity describes it,) mainstream media.

There is some station I tune into in my car, from time to time, that touts itself as providing "In depth news coverage." I always laugh when I hear that claim, because it is just so disgustingly obvious that the station provides NOTHING of the sort. Their so-called "coverage" of important news amounts to barely more than a few relevant, or misleading, keywords.

The phenomenon recently came into focus for me since I was away from my computer for a week or so, and found myself listening to news reports on the car radio.

If you are truly interested in "in depth" news, I recommend the following interview with Paul Craig Roberts.

Fluid Law and how Uber Successfully Exploited It

The guy almost gets the story. One thing he misses, though, is how Uber, with its "Madison Avenue" strategy is able to exploit the natural, systemically inevitable, corruptibility of most politicians.

This whole Uber phenomenon would not have been successful at all, given that taxi regulations already exist, unless they could get the politicians on board, and convince them, or persuade them to pretend they actually believe, that Uber was not in the taxi business. Hence, Uber taxis are exempt from existing taxi regulations.

Most people would interpret this state of affairs as a tilting of the playing field, which it is.

The sleazebags at Hamilton's City Hall came up with the term, "New Licensing Category" in order to facilitate Uber's circumvention of the existing taxi bylaw.

"New Licensing Category" is nothing but a code word for tilting the playing field in favour of a politically sexy fad. In every-day taxi industry parlance, it is the equivalent of granting an unlimited number of taxi licenses to the Uber corporation, which of course, instantly devalues the lifetime investments of those poor suckers who made the error of investing their lives in the "Old Licensing Category." Both categories of licenses, obviously exist at the whim of trusted politicians.

This leads me to ask the question: How can anyone in today's world make any kind of plan for the future? People in the Hamilton taxi industry have spent decades in the business, have configured their lives and investment decisions around the City's taxicab regulatory system, only to discover that the political invention of a "New Licensing Category" has turned their lifetime efforts into worthless dust.

The most important lesson here is not that Uber managed to cleverly provide a cheaper service by cutting corners on regulatory costs, but that they were allowed to get away with it.

Uber is a perfect lesson in political science.

Nice place, but why go there when you can have the same experience right here in Ontario. Oh, I forgot about the illusion at the magnetic hill in Moncton. Six bucks to sit in your car while it rolls backwards. Hardly worth the drive from Ontario.

People told me to make sure I visited the Cabot Trail. So I did the entire circuit. It's magnificent.

One thing I didn't like about the Cabot Trail was the price of smokes. $19.57 for a pack of Du Maurier. One does not need to know a thing about Nova Scotia politics other than the price of a pack of smokes. It shows the degree to which a government is committed to imposing non-diversity upon its inhabitants.

The things that I like about Quebec are that they sell beer in the stores, and they take Canadian money at par. The fact that the road signs are all in French is very dangerous for people who don't speak French. It's also dangerous for the people who do speak French when they are T-boned by GPS-addled Anglophones. Is this French chauvinism really worth the price?

I did notice a few English signs though. Like the ones that said, "Restaurant."

I was in some town on the St. Lawrence looking for something to eat. Of course they had a McDonald's, but I am sick of that. Then I spotted this restaurant, called "Mike's." I derived a sense of comfort from that, so I went in.

There were a few people waiting to be seated so I got in line and picked up a menu.

The whole thing was in French. What was I supposed to do, just randomly pick an item and point to it?

But the decisive factor for me was not the incomprehensible menu. There was one item, I think it was "Manger de la marde et les Pomme de Brule avec Poisson." The description was about as comprehensible as the rest of the items on the menu, but what really turned me off was the price. $39 dollars or something. And you have to add tax and tip on top of that.

So I went to another place where there was one item I could understand. It was, "Pepperoni Pizza." I ordered that plus a Coke. It was pretty good but at $12 for a pizza smaller than a sidewalk pizza? Even at par that's pricey.

Without my usual access to the Internet, I was left with little more than fake news reports from Canadian corporate media and the CBC on the car radio. Prominent amongst the reports were stories about a bunch of white nationalists, KKK supporters, and Nazis going berserk in Charlottesville, Virginia. I couldn't wait to get home to check on my alternate media sources to find out what the real story was.

OMG! This is so Uberish.

As I read the article (see link below,) I could not help but recall the targeting, and eventual closure of Jaspal Gill's taxi fleet back in the fall of 2015, and the suspension of his taxi driver's license, on the grounds that his operation was not in compliance with City of Hamilton bylaws.

Unless you are Uber.

The decision echoed the result of the attempts by Bruce Bergez to Uberize the optometry business.

Justice Watt, writing for the Court of Appeal, succinctly stated, "We cannot suffer the sacrifice of the rule of law to the lure of lucre."

At around the same time as Mr. Gill's business was being decimated by the sincere devotees of the rule of law doctrine espoused by Justice Watt, the U.S. based taxi company, Uber, announced its intention to start operating a taxi service in Hamilton in total defiance of the existing laws.

The main difference between Mr. Bergez and Uber, it turned out, was the amount of lucre the respective parties were able to assemble in order to challenge the rule of law. Uber had billions of dollars behind it. The rule of law folded like a defective lawn chair. The lure of lucre prevailed. In Canada, the law could be purchased. Justice Watt's declaration ended up being exposed as pure wind.

Unlike Mr. Gill, who was severely dealt with by Hamilton's heroic politicians, Uber was not only given a pass on its 100% defiance of the taxi bylaws, the politicians scurried to invent a whole "new licensing category" that would give Uber's blatant disregard of the law an air of legitimacy. The effect of this "new licensing category" was not unlike a corporation initiating a stock split, only instead of issuing an equal number of certificates to the stock owners, the new certificates were given away to Uber for free. The market value of taxi owners licenses (stock certificates), predictably, tumbled from about $200 k, to an estimated $50 k, or less. Some stock split.

Most of the victims of this financial crime are too unsophisticated to understand what happened to their life-time investments. Some even believe the collapse was due to "market forces." Or, "disruptive technology." Anyone who even remotely grasps political economy knows this to be pure nonsense. The collapse in license values was 100% due to "political forces." The market had fuck all to do with it.

The rule of law, it turns out, has no more value than the word of a politician.

What Justice Watt should have said was,

Justice Watt, writing for the Court of Appeal, succinctly stated, "We cannot suffer the sacrifice of the rule of law to the lure of insufficient lucre."

Uber Inc. will continue to harvest about 25% of the taxi market for deposit in its tax friendly Dutch banks.

The politicians will continue to collect their salaries, and probably get re-elected since the small minority of individuals they have sacrificed have no political power, nor public sympathy.

And the flood of new drivers into the taxi market will, predictably, drive incomes down to third world levels. 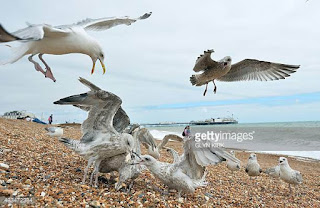 We now find ourselves in a situation where the City of Hamilton is flooded with taxi drivers, each vying for a piece of the passenger pie. 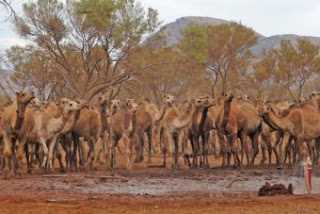 With statutory minimum wages set to rise in Ontario, this price barrier to employment will lead to even more thirsty camels being driven to the taxi driver watering hole in search of survival. Taxi driver wages will decline even further.

Finally, we have this report out of Singapore that makes Jaspal Gill's "crimes" of malfunctioning security cameras, and shifter cables secured with shoelaces, look like schoolyard pranks compared to Uber's clear preference for lucre over safety:

On another issue when it comes to the rule of law. What, exactly, is legal these days?

As the Uber phenomenon aptly demonstrates, the law has become oozingly fluid. Hillary continues to get away with a string of egregious crimes while the establishment swamp, more like cesspool, continues to dig for some pretense to remove the duly elected president of the United States.

Will the newly announced grand jury find something in Trump's history that was illegal? It's a mathematical certainty.

"In his new book, the Boston-based civil liberties advocate and occasional Reason contributor Harvey Silverglate estimates that in 2009, the average American commits about three federal felonies per day. And yet, we aren’t a nation of degenerates. On the contrary, most social indicators have been moving in a positive direction for a generation. Silverglate argues we're committing these crimes unwittingly. The federal criminal code has become so vast and open to interpretation, Silverglate argues, that a U.S. Attorney can find a way to charge just about anyone with violating federal law. In fact, it's nearly impossible for some business owners to comply with one federal regulation without violating another one. We're no longer governed by laws, we're governed by the whims of lawyers."