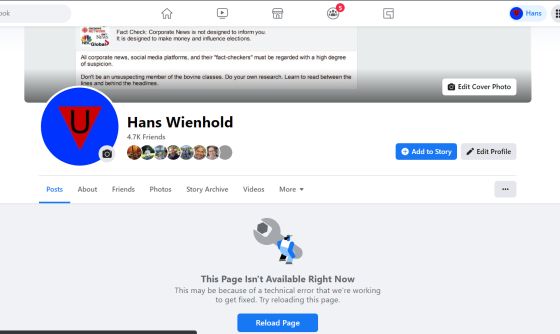 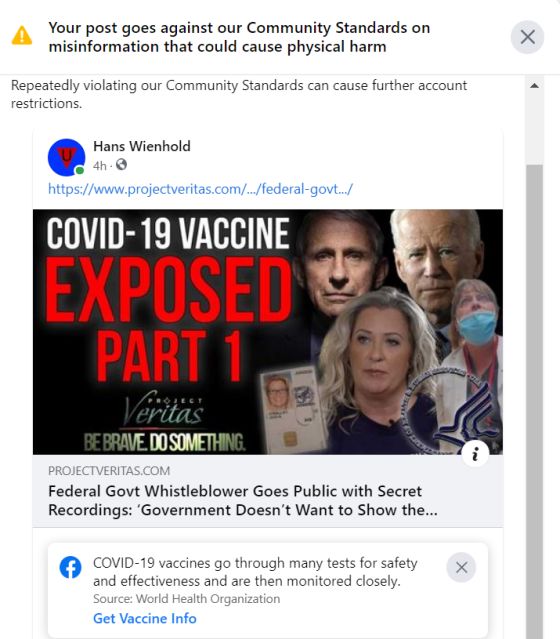 That screenshot was from yesterday. Here are the two I have already received today. 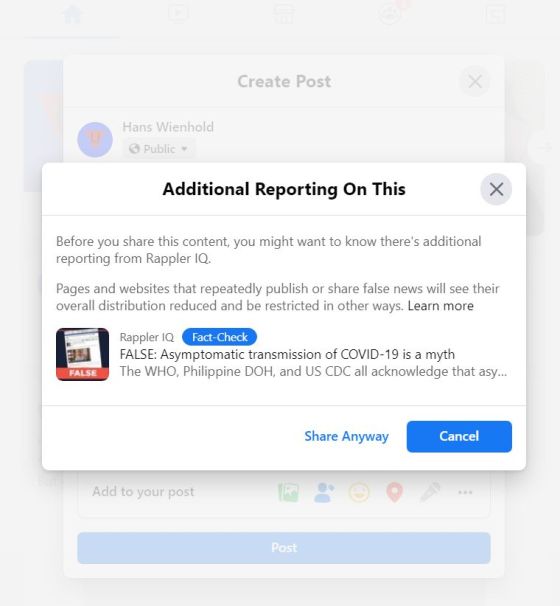 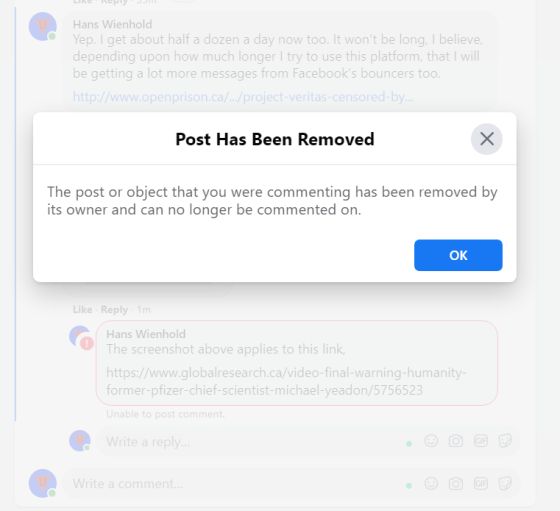 I am counting down the days (hours) until I get sent to the Facebook gulag. I don't really care. I first joined the club back around 2007 out of curiosity. After toying around with it for a while, looking for old acquaintances, "poking" people, and getting digital Tim Horton rims from strangers I decided to move on. This type of nonsense wasn't for me.

But then I had an idea. What if I searched for and "friended" as many people as I could find who had similar political interests such as libertarians and conservatives? Could I use Facebook as one of my soap boxes? It worked. In the process, I discovered many new sources of information and opinion.

Things have really changed since then. I don't know what Facebook is anymore other than a platform designed to mold public opinion in the direction of ever greater state/corporate control of people's thinking. The ebb and flow of information and debate is now controlled by shaddowy info bullies (so called "fact-checkers") who are becoming increasinlgy aggressive with their asymetrical power.

I am not going to stop saying what I think on Facebook and I am not going to stop posting information and opinions so long as I think there is the slightest possibility that I might be reaching a few of those "normies" out there who know something very sinister is going on right now and maybe change a few minds, or at least, get some people thinking.

Moments ago I got the odious warning pictured above. These interventions have greatly increased in frequency and have become a daily insult. I've had a fourteen year run on this platform. I have no regrets. It has become really ugly lately. They can de-person me if they like. I will consider it a form of retirement.

Embedded below is the "misinformation that could cause physical harm." Or maybe not, but you're not even allowed to think that. I have also included parts 2 and 3 of the Project Veritas "Exposed" series.

I expect YouTube will de-platform Project Veritas very soon, so I have downloaded the three videos in the series with the intention of reposting them on one or more of the free speech video platforms I currently use.

"Know the outcome and you'll see the journey."

I have been non-cooperating for most of my adult life. Scratch that. Now that I think of it, I never received a single Citizenship Award in public school and even in kindergarten, the teacher used to take me behind the piano and slap my hands from time to time.

Sometimes David Icke comes across as a bit of a lunatic. On the other hand, I am a bit of a lunatic too. What I find intriguing though, despite having paid little attention to David Icke, is that much of what he says is exactly what I have been thinking. What are the odds that two lunatics would follow much the same path in their thinking?

Listen to Dr. Michael Yeadon, former Vice President and Chief Science Officer of Pfizer, talking about the pandemic and the COVID vaccine. I think it's an older video because at the time of the interview, Dr. Yeadon notes that none of the vaccines have been "approved" by the FDA, they're still under EUA, but that "approval" was granted to Pfizer after pressure from old Joe's Whitehouse.

And here is a Facebook "Whistleblower" who makes the ridiculous claim that Facebook doesn't do enough censorship! And her solution is to have like Justin Trudeau et. al. the power to decide what the public shall be allowed to say, or hear on the entire internet.

She makes me want to vomit.