You can't make this shit up. 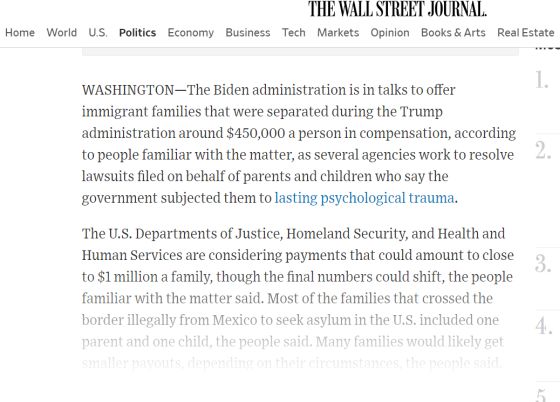 U.S. in Talks to Pay Hundreds of Millions to Families Separated at Border

And speaking of "lasting psychological trauma," how much does $450,000 per case add up to for all of the children suffering lasting harm from the insane COVID-19 policies of the last 19 months?

And how about the lasting psychological trauma suffered by people who were separated at the nursing homes?

Oh, I forgot - most of them are citizens.

I read John Whitehead's book, "A Government of Wolves: The Emerging American Police State" back in 2013. Canada has the same problem, as does most of the West.

If there was ever any doubt, the events since the spring of 2020 should have erased it for any but the most hard core devotees of the Religion of the State.

I wonder who else has been saying that all along?

Another bone of contention I have with mainstream "news," or what I prefer to call "Junk News" is that even when they do publish the truth, it is always months or even years after it first came out. 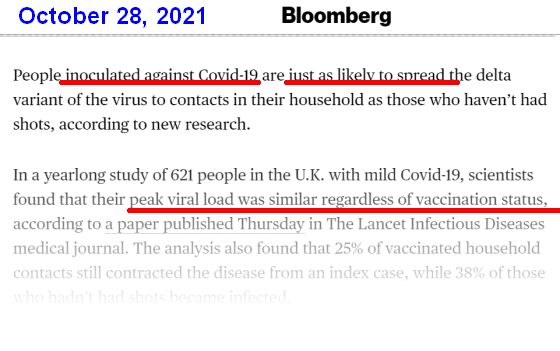 "She said the family still believes in the efficacy of vaccinations and doesn’t want people to be paranoid."

"Everyone in the home tested positive for COVID-19, despite those above 12 years old being fully vaccinated."

"We took all the precautions."

"he developed signs and symptoms of a stroke,"

"Some of you seem to think freedom means no one can be compelled to do, or refrain from doing, anything. But that’s not freedom, it’s anarchy."

By pushing mandatory vaccination policy, Leonard is endorsing the notion that his opinions are so sacred that they can be imposed upon everyone else. Translation: in the mind of Leonard Pitts, freedom means that he can impose his preferences for risk upon everyone else. Bullying, therefore, is perfectly acceptable to Leonard Pitts according to his version of freedom. In other words, Pitts is a typical liberal.

All liberals seem to think freedom means that some people have the right to bully other people into conforming to their own personal preferences. But that's not freedom, that is anarchy.

It's possible some of Leonard Pitts' ancestors were slaves. Imagine the plantation owners of his ancestors telling them,

"Some of you seem to think freedom means no one can be compelled to do, or refrain from doing, anything. But that’s not freedom, it’s anarchy."

"Defenders of slavery argued that if all the slaves were freed, there would be widespread unemployment and chaos. This would lead to uprisings, bloodshed, and anarchy." [source] 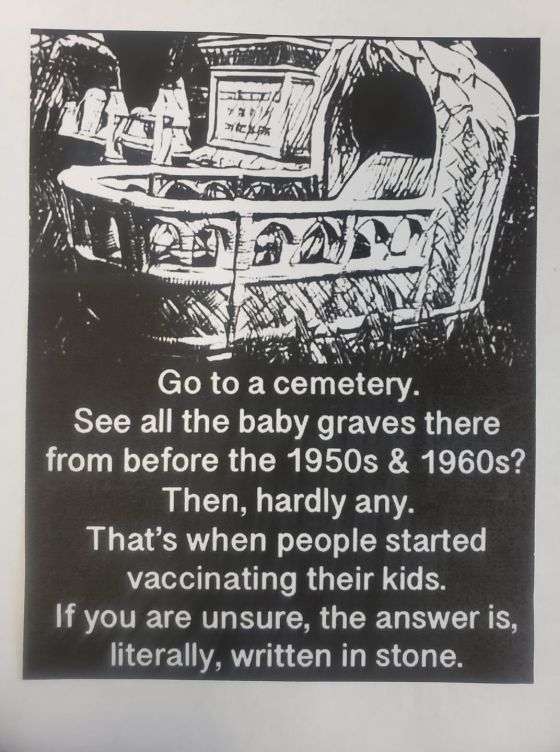 Right. So just go ahead now and start poking your kids with politically driven, warp-speed, experimental new technologies. A vaccine so effective that those who have received it are deathly afraid of catching the Coof from those who haven't.

And all of this in aid of "protecting" children who are at ZERO risk of dying from COVID and, therefore, not likely to increase the number of baby graves at all.

Is that what you are saying?

You must be a member of MENSA.

The only thing written in/on/inside/outside stone here seems to be from the rocks in your head. 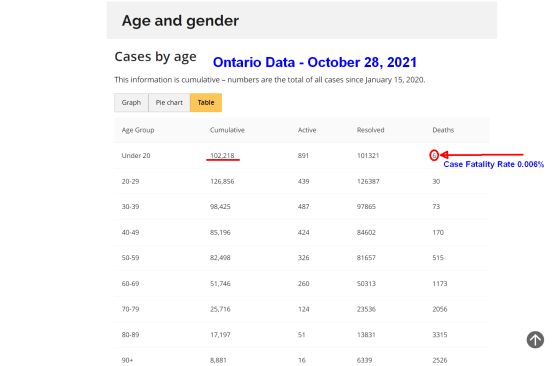 THE LEFT IS LOSING THEIR MINDS OVER THIS NEW DOCUMENTARY FILM!

TWO CRAZIES KNIFE EACH OTHER IN NYC AS CRIME SURGES

We Will Not Comply! - #NewWorldNextWeek