Get Ready for Climate Lockdowns

Boomers have the advantage of having "lived experience" with hot weather. I remember well, working in construction and factories in the 1970s before I ever had the luxury of air conditioning. Waking up in the morning already sweating, dreading another day of intense discomfort on the job. Showering but never quite able to dry off. Those born since about 1990 have been conditioned to think there was no such thing as heat waves, floods, forest fires, hurricanes, and tornadoes before 1988 as if those words had to be invented in the last thirty years to deal with the scourge of industrial capitalism and mass middle-class ease and comfort.

Khrushchev warned, "We will bury you," while bragging about the superiority of authoritarian collectivism. They didn't. In the end, the West decided to bury itself. Once it became all too obvious that the command economy couldn't hold a candle to free market capitalism, the authoritarian collectivists changed their strategy. Having lost the debate about raising the standard of living for the masses, they recycled themselves into climate alarmists. A high standard of living for the masses would doom the planet. Only the elites could have a high standard of living. The rest of us will have to ride bicycles, take public transit, and eat bugs. 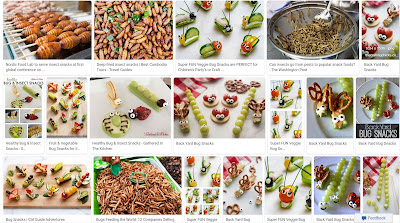 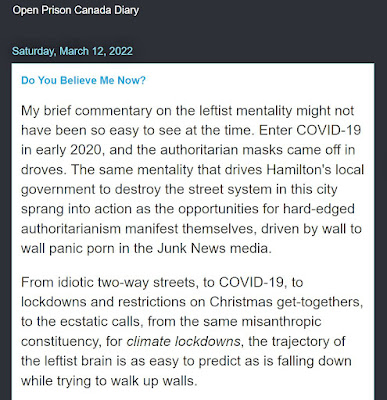 OMG from the horses mouth - strap yourselves in 🤨
- this mass formation wave will drive the cattle insane with anti-science. Retweet with maximum prejudice, so people know what's coming.... pic.twitter.com/yXEkJFTHOC

A Device For Making The Crazy Crazier

If YouTube censors the above video, you can watch it here.

If the video above doesn't play, you can watch it here.