Check out today's rant on video.

It Was Never "Just a Mask."

It was a test for popular compliance.

I just woke up, and as usual, I could not resist taking a peek at my computer to see what kind of madness has been going on in the world and to see how much further the walls had closed in.

Damned if the first thing I didn't look at was Twitter to see this ominous Tweet from Doug Ford.

We know that now, more than ever, Ontarians need simpler & easier access to services at their fingertips – where and when they need them.

Our vision is to make Ontario the leading digital jurisdiction in the world...

My short reply to his Tweet is "NO FUCKING WAY!!!"

Since the timing of this initiative is absolutely horrifying, I added, 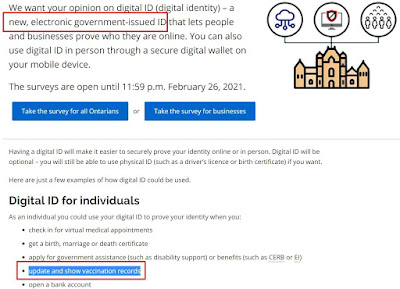 You can enter the survey here.

And the worst part of it is the fact that most Ontarians will be happy to goose-step into this Orwellian future without the slightest reservation.

This is also why I cringe whenever I hear some preachy Karen tell me, "It's just a mask."

Right, it's just a mask.

Then it's just a digital ID.

Then it's just a vaccine.

And I'll tell you what comes next. You won't even be allowed to log on to the internet without your digital ID. The Chinese social credit system will become a de facto reality. If you support free markets, individual human rights, private property, equality under the law, and above all, freedom of speech, you will be branded as an insurrectionist or a terrorist, along with a long list of other demeaning epithets, like "Nazi," "fascist," "racist," and "white supremacist," etc.

"As of November 2019, in addition to dishonest and fraudulent financial behavior, other behavior that some cities have officially listed as negative factors of credit ratings includes playing loud music or eating in rapid transits, violating traffic rules such as jaywalking and red-light violations, making reservations at restaurants or hotels but not showing up, failing to correctly sort personal waste, fraudulently using other people's public transportation ID cards, etc; on the other hand, behavior listed as positive factors of credit ratings includes donating blood, donating to charity, volunteering for community services, and so on."

And of course, items such as wearing of masks, or diapers, or dunce caps, and getting vaccinated can be added or removed from that list at the whim and pleasure of our rulers.

I have written about this many times already over the years.

My last entry was on this past New Year's Eve,

You Have Stolen Their Childhood.

You know, the way things are going, it will be a relief when the rulers finally deny me access to the internet because of my abysmal social credit score.

I sometimes console myself by saying that, when the weather finally gets better, at least I can start going fishing again, but the way things are going it wouldn't surprise me if I am not allowed to do that, either. In fact, that was already the case early last summer. Fishing was prohibited in some areas to "save lives" as if the authors of those edicts imagined that anglers have a tendency to pack themselves closely together to enjoy their sport.

And the bovine masses just sit back and suck it dry.

This is why I have never been a supporter of unlimited mob rule, A.K.A. democracy.

Anyway, it's should be all too obvious by now that the mob doesn't really rule anything. It merely responds, in a highly predictable fashion, to the stimuli provided to it by the political, media, and academic elites. (For example, just tune into to CHCH News.)

"If we want your opinion, we'll give it to you." 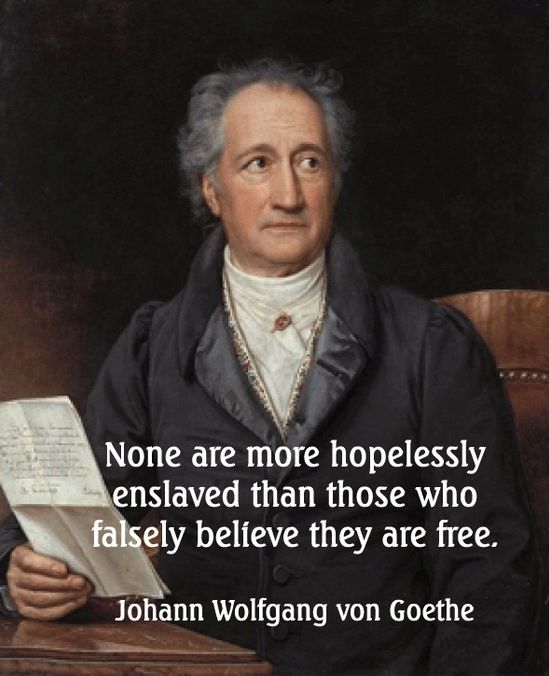 Note that the mantra they are currently pushing is, "the new, highly infectious strain."

From what I've learned in the last year, viruses tend to mutate into less deadly strains for evolutionary reasons. The less they kill the host, the better their chances of survival.

Yet in ALL of the current Junk News reports, they focus solely on the infectiousness of the strain and keep totally silent on any question about whether it is more or less deadly. As Del Bigtree said a few weeks ago, this "new strain" of coronavirus is probably just the common cold.

In the following Global Junk News scare-mongering report, note what the reporter says,

"We didn't imagine this when we first learned about the novel Coronavirus a year ago. As of today, more than 20,000 Canadians have lost their lives to Covid-19."

Maybe the Global news host "didn't imagine" it, but those of us paying attention to this whole stinking mess "imagined" the toll would, in fact be much worse. They initially predicted TWO MILLION deaths in the U.S. and 500,000 deaths in the U.K. That would have given Canada a proportionate toll of more than 200,000 deaths. As of today, the toll is still less than about 10% of what "we" initially "imagined" which was why I stocked up on non-persishable food items in February of 2020. Global News and its reporters are either ignorant or blatantly dishonest.

With reference to my rant above, this disgusting example of Junk News is perfect fodder for the bovine masses. They will continue to be led around by their Junk News nose rings by the incessant repetions of the "case" numbers until a critical number start to ask questions about the severity of of this "new strain" and then Junk News will pivot to some other shiny information trinket to continue the milking.

A Petition to the Legislative Assembly of Ontario: Lift the Lockdown!

And one more thing,