How in-your-face does modern day book-burning have to be? 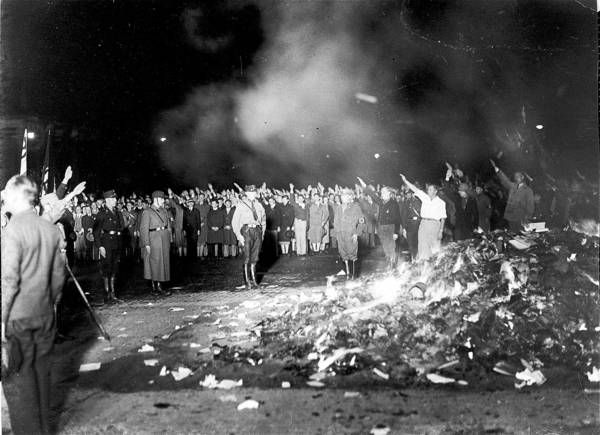 The contents of the essay I was trying to post the link to on Twitter was strikingly confirmed by what happened when I ckicked on "Tweet." 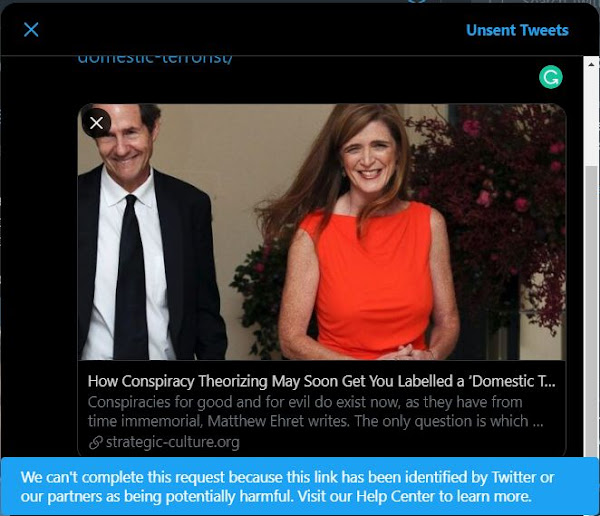 Of course, it was no surprise to see that the SAME article is also being blocked by Facebook. People used to laugh at me and call me a "conspiracy theorist" when I told them that our so-called "freedom of speech" was only secure so long as no one in power could hear us. 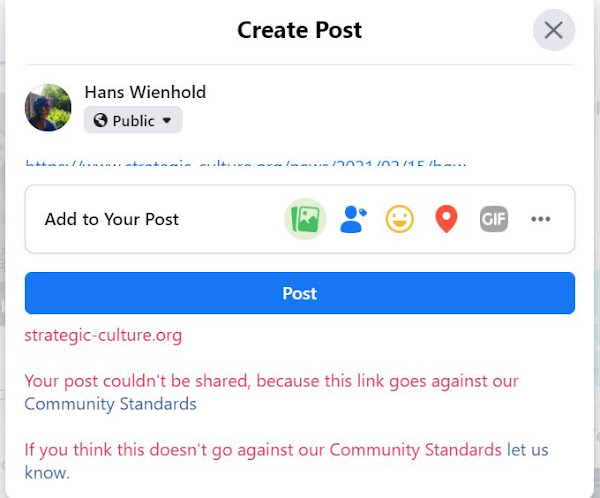 So, to circumvent the censorship, I posted the link to this article on my own blog. So far, I have not been flagged as a "conspiracy theorist" or "terrorist." Call it a "conspiracy theory" if you like, but it's only a matter of time before that happens.