I didn't think it would get this bad this fast.

Free speech is non-negotiable. Unless there is direct incitement to violence it’s no business of the police what anyone says. https://t.co/jpdXMkqihy

Although he could have phrased it better, Dr. Starkey made a valid point. The condemnation isn't about racism, it's about wrongthink.

To which I would reply, "It bloody well does!"

"Free speech" divorced from the freedom to speak freely is an absurdity, just like just about everything else that bubbles up from the corrupt souls of every hysterical "liberal" and leftist.

Why are there so few blacks in the Middle East?

Black Slavery in the Middle East 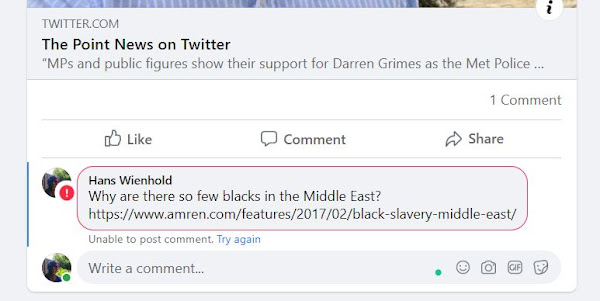 and how I got around it by posting the screenshot above, 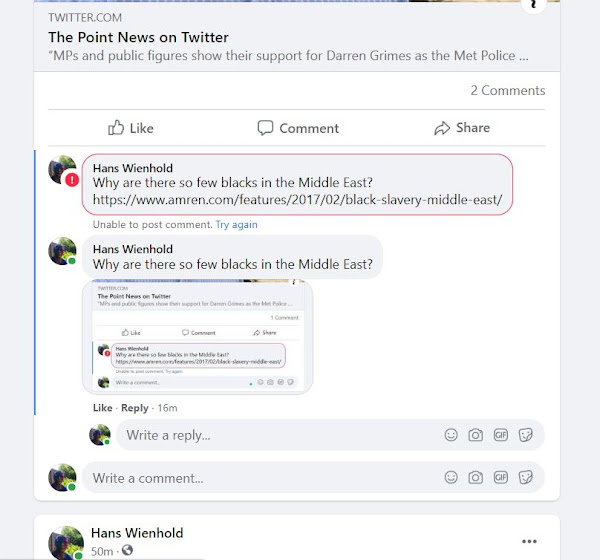 and still, the majority of Canadians are fast asleep. If they even bother to speak about freedom, it is usually put inside quotation marks, signifying not only how little value they place upon it, but outright contempt for the idea. Freedom is the new racism. It's not such a big step now to facing seven year prison terms for "offending" people by daring to speak about it.