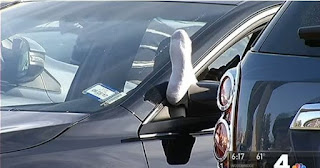 An Uber driver sits airing his foot out the window. Making too much money?

I sense such bittersweet irony as I sit back and watch Uber Taxi stumble as it baby-steps into the realities of the industry it intends to dominate.

Going back a couple of years I recall the indignant calls to radio talk shows when every citizen who ever had an issue with a taxi driver would call in and air their grievances.

One of the common complaints involved the number of times passengers would approach the first taxi in a queue, only to be refused service if they were not going far enough. There was never any attempt to probe this issue in any depth to discover the cause of the problem.

The cause, by the way, in that case, was negligent government regulation. Specifically, the senseless issuance of licenses into a market that had long since passed the saturation point.

Uber was supposed to fix all of that.

Now that we have had a few years to study the evolution of this great new technology that Uber has invented, I.E. taxi service, we can see the exact same problems cropping up.

Uber released a statement about the practice.

“Ridesharing apps are changing a transportation status quo that has been unequal for generations, making it easier and more affordable for people to get around, no matter where they live and where they're going."

Yes but, when it comes to the rough and tumble of taxi driving, nothing has changed. Nothing at all. It's still the same old business.

Uber is changing the transportation status quo that has been unequal for generations, and it is making it even more unequal. Instead of the thousands of taxi millionaires across the globe, Uber is creating a few taxi billionaires, all bearing a suspicious resemblance to the notorious 1% ers we've been hearing about at the top, and an army of hapless dupes working for peanuts at the bottom.

You have to wonder why so many of our politicians, who are always so keen to put on this front about how much they "care" about the underprivileged are, at this very time, turning themselves into pretzels in order to facilitate Uber Taxi's ambitious drive to take over the taxi industry.

Uber Drivers in their Own Words.

Note: Their spelling, not mine.

"Get a ping and it says a grocery store. my gut says NOOOOOO uberfast, but I did it anyways.

Pick up a dude with a cart FULL of groceries. FULL!!!

Help him put sheet in my drunk and back seat, take 1.7km down the street. Help him unload sheet at his crib. 23 minutes and $4 later he says "thanks man, you cool B". No tip... dude spends $150 on groceries but can't drop an extra fin on his uber driver."

Reminds me of that old Mexican joke. "If you sheet on my bed, I keel you." Pardon me for being culturally insensitive right now.

"I don't do grocery stores anymore for this reason. More specifically, Walmart and similar discount stores.

If you don't help them with groceries into the trunk and out of the trunk, you get 1 star, WTF? Would rather cancel and not make any money at all...."

Just like the old cab driver at the front of the queue. He would rather refuse a customer and not make any money at all.

Using this trick, the Uber driver collects a $5.00 "no show" fee for a passenger he deliberately avoids.

Yep. Uber is a technology company that knows sweet sheet all about the taxi business.

All of which goes to show that the problem is not restricted to Washington-area airports.

Oh sure, Uber can react by "deactivating" it's "self-employed" partners if they refuse to accept fares. This practice has been common in the "horse and buggy" cab business ever since I joined in 1977. Of course, they didn't use such high-tech terminology back then. They simply said, "You can't just pick and choose the trips you like. No more trips for you. You're parked."

Finally, this entry from a poor Uber sucker who bought into the schtick about this brand new technology called "ridesharing" only to discover that he was just a common taxi driver,

"I used to be a real go-getter love to drive,but after this xmass my spirit has finally been broken.Sick of people sneaking in food and beers.

I had a lady try to bring 5 kids in my car plus herself and I had to ask her if she was serious.

Then a family of four start sharing a bag of chips and leaving the crumbs all over my seat. Im not cut out as a teacher of respect."

He's not cut out as a taxi driver either.

I feel sorry for this poor woman.

First, she lets herself be taken advantage of by the Uber/Goldman Sachs et.al. gang. She burns up her own capital and pays Uber 20-25% of her earnings for the "privilege."

Talk about a new twist on the Marxist theory of labour being exploited by the owners of capital (thanks for that Jille,) this sucker allows herself to be exploited by a company that cons her into using her OWN CAPITAL to earn a subsidy for her mileage.

But just like the other heroic granny who completed an 800 mile round trip for a paltry $139, she probably does it just for the "adventure."

On top of that, she puts herself through all of this stress with the same criminal government that is playing both ends off against the middle.

I used to believe that sacrificing one's own life in idiotic wars for "one's country" was the ultimate in human stupidity.

But doing it to make Travis Kalanick and Goldman Sachs investors rich?

That's a whole new level of self-immolative insanity, like punching holes through your own flesh to attach jewelry.

Read about it here.

Now that I have bored you with some of the complexities attending the Uber scam, I invite you to sit back and relax with something much more entertaining....

and then there is this,

I went to the LCBO today at 7:55 because of the line at the Beer Store across the street. It reminded me of the idiot lines at Duffy's... 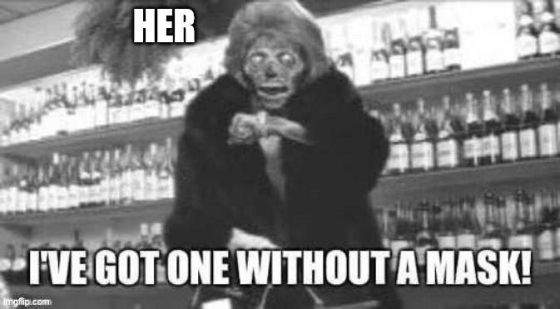