All of this reminds me of when I was working as a security guard at the Commonwealth Games in Edmonton back in 1978. I was stationed in one of those white guard boxes on the perimeter of the "Athlete's Village." Our job, if you can believe this BS, was to protect the athletes from a repeat of the Munich massacre in 1972.

I enjoyed the job for the week or so that I did it. I used the opportunity to read a book. I think it was, "The Virtue of Selfishness," by Ayn Rand. 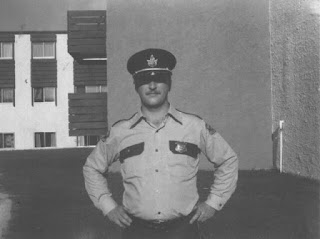 And I got to thinking about the job I was doing. My box was behind a tall Frost fence. I was equipped with a two-way radio that was on the same frequency as the Edmonton police. And I was wearing a uniform.

So I started asking myself, "if there really is a terrorist attack, do I have sufficient training and tools to stave it off?"

If a terrorist attack were in the works, how hard would it be for them to take me out of the picture? A gun with a silencer? A crossbow? Someone pole-vaulting over the fence and slitting my arteries before I could grab my radio?

Even at the tender age of 24 I didn't really believe that this so-called "security" was anything more than political theater. It didn't bother me though because,

1 - I didn't really feel that a terrorist attack was imminent, and,

So I just kept reading.

Then this young kid came wandering by on the other side of the fence and we had a short conversation.

The first thing I noticed was he had an English accent.

"Are you from England?" I asked.

I had an immediate gut reaction. I felt so sorry for this kid.

There he was, polite as hell, in his clean clothes and short pants, innocent white face, and my instant gut reaction was, "Oh my. This poor kid has a target on his back."

At the time, and still, I knew zilch about South African politics and history. All I was going on was something the saintly Pierre Trudeau had said about Canada being too decent to accept white refugees from South Africa in the event of a rebellion. (And the stuff I was reading in Ayn Rand's book.)

It occurred to me that a similar standard might be applied to me if, as a Canadian, I were to apply for refugee status in a foreign country, only to be turned down because of the policies of Trudeau.

So I was looking at this innocent kid and thinking, "If the shit hits the fan in your country, my asshole of a Prime Minister would likely NOT allow you into this country as a refugee."

It was a sad moment for me, and one which I remember to this day.

Fast forward to today, and I am amazed at how relevant my initial gut feeling was about the likely future of that kid, given the dominant philosophy of our age. (Hmmm, Rand?)

And I am left wondering if the anointed younger Trudeau would agree with his father in denying refugee status to the "privileged" targets of any possible, or pending, genocide in South Africa.

And now I come across this interview with a South African politician who is waging his own campaign against "White Privilege."

He said, "There is no call for the slaughtering of white people, for now. Of course, I can't tell the future. I'm not a profit."

I clipped that part from the full interview, which you can watch here,

The video won't play. The message is, "This video is unavailable."

Doesn't it strike you as a little bit odd, that almost immediately after I posted my blog, the interview with Julius was suddenly removed? 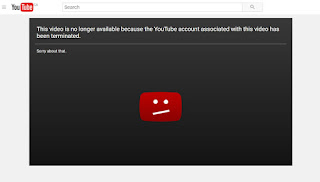 Don't worry though. If you really want to see the interview from which this clip was taken, I have downloaded a copy to my own computer. Of course, I had to, in order to extract the clip I published on my own channel.... for as long as it lasts.

My interest in the topic was sparked by this discussion of South African history and politics between Stefan Molyneux and Simon Roche,

Also of interest is this documentary of the Boer War.

At the time, I figured that kid might have been about ten years old. That would make him about fifty years old today.

And I wonder if that kid and his family saw the writing on the wall and got the hell out of there.

Why Leftists Submit to Terror