Wow! After I posted my rant (below,) where I opined that many politicians deserve jail terms for their COVID-19 responses, I came across this ... click here.

Or, watch this video. 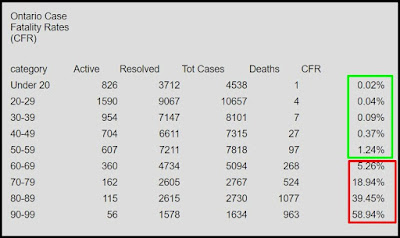 "The pandemic --- and the new-found restrictions that ensued..."

It wasn't the pandemic AND the restrictions, it was the RESTRICTIONS that caused this entry into the growing list of misery and mayhem caused by knee-jerk politicians who, by their myopic actions, proved that almost NONE of them ought to be given the powers they have.

"When your only tool is a hammer, every problem looks like a nail."

"Cathy Haan, executive director of Food4Kids, a Hamilton-based non-profit, says her program typically feeds students in 68 schools in the city but has developed a wait list of seven new schools since the pandemic began."

"Since the pandemic began."

Correlation isn't proof of causation. Accurate reporting would have said, "developed a waitlist of seven new schools since the restrictions began."

The people running these programs were not the ones getting sick and dying from COVID-19. Most were at a very low risk of serious adverse consequences from infection. Therefore, WITHOUT the restrictions, they could have gone on feeding hungry kids.

The pandemic didn't cause the problem, a screaming media and terrified population gave cowardly politicians the balls to react wildly without one millisecond's regard for the COSTS of their mandates.

As I announced back in March or so while standing in a Soviet line at a Bulk Barn, "If this thing turns out to be a massive exaggeration and the people are able to learn the truth, governments will fall."

Sadly, knowing how the symbiosis between the political industry and the fast news industry operates, it's doubtful to me that the truth will ever be widely told.

"There are families who were doing OK prior to the [restrictions] but have now been faced with the circumstances of job loss, physical illness, or mental illness."

"Hamilton lost 30,000 jobs between January and May, raising the level of unemployment to the highest it had been since the 2008 economic recession."

"On top of that, fundraising is much more difficult because events and sales drives are no longer an option."

And on and on it goes. A catastrophe driven by dishonest media, cowardly politicians, and a fatally naive public who believe everything they hear, and osmotically absorb every manipulative innuendo spewed forth on the six o'clock news.

At the very least, every politician who facilitated this disaster should be voted out of office. More than a few deserve lengthy prison terms.

And not ONE MORE RED CENT in government subsidies to the corporate media in Canada.